[Editor’s note: we received the following story in the X3 inbox. It is the story of one woman’s journey through a personal hell, a journey that was sparked by a combination of her inner pain and the novel 50 Shades of Grey. We thought the best way to honor this story was by presenting it without comment and with minimal editing. It is presented with the author’s permission.]

I’ll never forget the day I met Christian Grey. It was a time in my life when I was struggling with a lot of hurt from my past, and I was angry at God. The Bible I once read everyday was collecting dust, and being replaced with secular novels.

Being a single mom, I often struggled with loneliness. In my search for fulfillment, I found a new book to read: 50 Shades of Grey.

When I read it, I instantly connected with the characters: Ana was looking for love, while Christian was an angry man looking for a release. As I turned the pages, I found myself getting sucked into the storyline. It became almost an obsession.

I had no idea this was going to involve whips, chains, and ropes, but in a weird way, I kind of liked it. In fact, I wanted to try some of the things they did. (Tweet This!)

The next day, I took it a step farther: I signed up for a bondage/domination website, created an account, and quickly had my inbox full of both males and females who wanted to tie me up and beat me. These people were a different breed. They were sadistic and dark. I can’t even describe to you the images I’ve seen on my screen in some of the profiles. It’s amazing that things like this are even legal.

Anyway, here I was. Fascinated by this new world of perversion I’d found, with tons of people who wanted to give me the ultimate “Christian Grey experience.” I decided one weekend to meet up with my first “Dominant,” myself playing the role of the submissive. That was Ana in the book.

Looking back I knew God was protecting me, because I didn’t know this man at all, yet I allowed him to tie me up, beat me, and use me in anyway he so desired—but with a safe word. The feeling I had being tied up and helpless was in a strange way empowering—or so that’s what I was being deceived into thinking. I felt important, and needed, even though I wasn’t being treated with respect. (Tweet This!)

As I left my first session of slave training, I had bruises and welts all over my body. I wasn’t sure at first if I should continue, but I liked how the physical pain replaced the emotional pain I felt inside, so I kept it going. I also stumbled across another website, that was like a social media site specifically for people with fetishes.

On the weekends when I didn’t have my kids, I went to modeling shoots, wore ropes and gags, and of course had some “playtime,” as the fetish lovers call it. I can’t tell you how used and worthless I was beginning to feel. 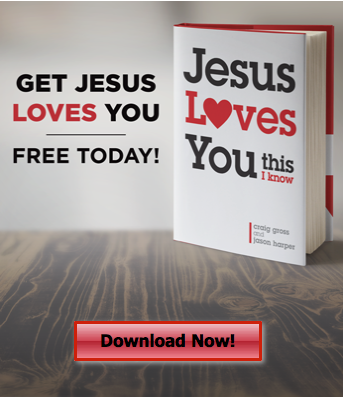 I had an alter ego, and went by the name “Claudia” so that I could try and keep my two lives separate. Nobody in my family or group of friends had a clue what I was doing in secret. This was a battle I had to fight alone, and I felt like there was no way out.

A lot of people want to try and figure out why someone like me would do these things without recognizing the spiritual element behind it. I felt almost like I was being controlled by something that was not of God. It didn’t take long for my peace to be stolen. I had to take pills to sleep, pills to wake up, pills for anxiety, and pills for concentration. Like a domino effect, everything was crashing down on me.

I knew God was after me and wanted me to get out of this sin I was in. One Sunday, I decided to check out this church in the country. I walked through the doors in my desperation, and I could instantly feel the warmth of the Holy Spirit. The pastor was preaching that day on “being in bondage to sin” which couldn’t have been any more of a coincidence.

When they gave the altar call, I knew it was now or never. Through tears streaming down my face, I ran to the front and, for the first time in a long time, I felt loving hands reach out to me. I remember oil being poured on me, then falling to the ground as people prayed over me. Everything went to a fog, and I started coughing harder than I ever have before. I remember feeling like I had no control, as if this same power that was behind my bondage addiction was trying to hold on. With one final scream, I lay on the ground, and I remember hearing someone say, “In the name of Jesus, I command you to come out!” That is when I opened my mouth, and out they came!

Immediately, I felt a sense of peace, and loving hands helped me back on my feet. I laughed, I cried, but best of all, I left church that day delivered! I went home that night and deleted every fetish account, deleted every number, and threw away all my medications. I never needed them again.

Praise God for the grace he has shown to me!

What is true love to you, and what does that look like? Have you fallen for the lies of a Christian Grey?

Love is patient.
Love is kind.
It does not envy, it does not boast, and it is not proud.
And most importantly: love should not hurt.

Don’t be deceived. You can spice up the sex life in your marriage but in a healthy and helpful way. Learn how you can increase romance, intimacy, and start having the best sex ever with the Best Sex Life Now video series and workshop.

The post 50 Shades of Deception appeared first on XXXchurch.com.